​We are a young and vibrant lab and seek to grow our team with creative and enthusiastic individuals from diverse prior backgrounds. I am deeply committed to ensuring rigorous training, productive mentorship, and an inspired scientific experience for all members of the lab. Research has borne out the value of mentorship in academia and I have been fortunate to benefit from fantastic mentorship as an undergraduate, graduate student, and postdoctoral fellow. I am committed to the mentorship and success of all trainees in their next endeavor, whether that be in academia, industry, or another path​.
​ 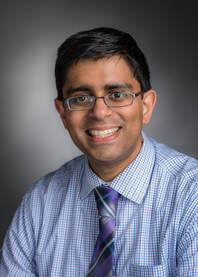 ​​​Dr. Viswanathan is an Assistant Professor of Medicine at Harvard Medical School and an attending medical oncologist in the Lank Center for Genitourinary Oncology at the Dana-Farber Cancer Institute. He received his B.S. and M.S. in Molecular Biophysics and Biochemistry from Yale University. He subsequently received his M.D. and Ph.D. from Harvard Medical School, doing his graduate work in the lab of Dr. George Q. Daley and his medical training in the Harvard Medical School/MIT Health Sciences and Technology program. He completed residency training in Internal Medicine at the Massachusetts General Hospital and a fellowship in Hematology/Oncology at the Dana-Farber/Harvard Cancer Center.  His postdoctoral fellowship was with Dr. Matthew Meyerson at the Dana-Farber Cancer Institute and Broad Institute.


Shatha received a B.D.S degree in Dentistry and M.S. degree in Pharmacology from the University of Jordan. She then received her Ph.D from the University of Melbourne, working in the lab of Professor Grant McArthur at the Peter MacCallum Cancer Center, where she stayed on as a postdoctoral researcher before coming to Dana-Farber. Her work focused on studying the mechanisms of acquired-resistance to cancer therapeutics.
​
Selected Publications: 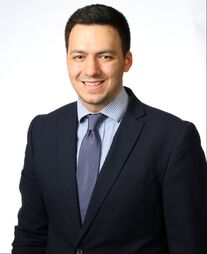 Ziad received his MSc degree in Biomechanics and Medical Imaging in 2016 and his MD degree in 2018 from the University of Saint-Joseph in Beirut, Lebanon. His pre-doctoral research focused on subject-specific modelling of human skeletal structures and movement using infrared and X-ray-based static and dynamic imaging. Ziad joined Dana-Farber Cancer Institute in 2018 to work on kidney cancer genomics and has been co-mentored by Dr. Toni Choueiri and Dr. Eliezer Van Allen. Ziad is an incoming internal medicine resident at Brigham and Women’s Hospital, starting June 2021. 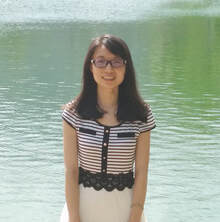 Jiao received her B.S in Resources and Development of Traditional Chinese Medicine from Shanxi Agricultural University in 2013. Her undergraduate research was focused on the antibacterial effects of Paulownia flower extract. She completed her Ph.D. from Guangzhou Institutes of Biomedicine and Health, Chinese Academy of Sciences in 2019.  Her doctoral work, in the lab of Hongjie Yao, focused on the effects of epigenetics and higher-order chromatin architecture on gene regulation and cell fate determination.

Imran received his B.Sc degree in Mathematics and Physics from the Open University in the United Kingdom at the age of 18. He then received his Ph.D. in Theoretical Physics at the University of Surrey at the age of 22 investigating the interplay between Binary Supermassive Black Holes and their surrounding stellar environments. His research work was recently featured in a New York times article. Imran is co-mentored with Dr Cheng Zhong-Zhang’s lab.

Vidya received her M.Sc. degree in biotechnology from the University of Pune, and worked as a research assistant studying novel driver alterations in lung cancer and head and neck cancers in the lab of Dr. Amit Dutt. She then completed her Ph.D. in the lab of Drs. Rachel Schiff and C. Kent Osborne at Baylor College of Medicine. Her Ph.D. work focused on investigating the mevalonate pathway as a metabolic vulnerability in anti-HER2 therapy resistant breast cancers. 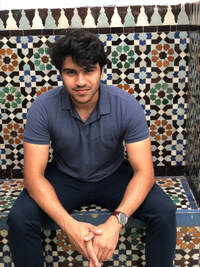 ​
Ali graduated from the University of Massachusetts Boston with a B.S. in Biology. During his time as an undergraduate, he worked in the laboratory of Dr. Jill Macoska studying novel urinary RNA biomarkers useful for renal cancer diagnosis and prognosis. 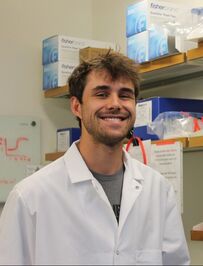 ​
​Danny received a B.S. degree from Wake Forest University where he majored in chemistry with a concentration of medicinal chemistry & drug discovery. He worked as a research assistant in Dr. Ulrich Bierbach's lab at Wake Forest where he studied platinum acridine drugs, a novel platinum chemotherapy agent which is being investigated in order to treat breast and lung cancers. Specifically, Danny investigated molecular mechanisms behind drug resistance and epigenetic silencing mechanisms in non-small cell lung cancer and triple negative breast cancer.

​
​Nebiyou graduated from Williams College in 2019 with a double major in biology and computer science. At Williams, he worked in the lab of Dr. Derek Dean investigating the seizure inducing locus julius seizure(jus) in D. melanogaster and the genetic interaction of jus with other loci in the seizure inducing pathway. In his spare time, he worked on various mini-projects in computer science and loves solving algorithmic problems on Hackerrank.  As a research associate in the Viswanathan lab, Nebiyou is working to study novel vulnerabilities in castration-resistant prostate cancer. 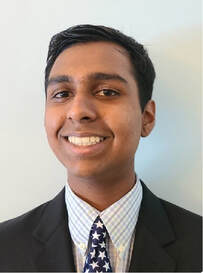 ​
​Ananthan is an undergraduate at MIT planning to major in biology. He previously worked as a research assistant in Dr. Soldano Ferrone’s lab at MGH investigating mechanisms of HLA class I downregulation in cancer cells. In the Viswanathan Lab, his current work is related to the characterization of sex-specific alterations in cancers.